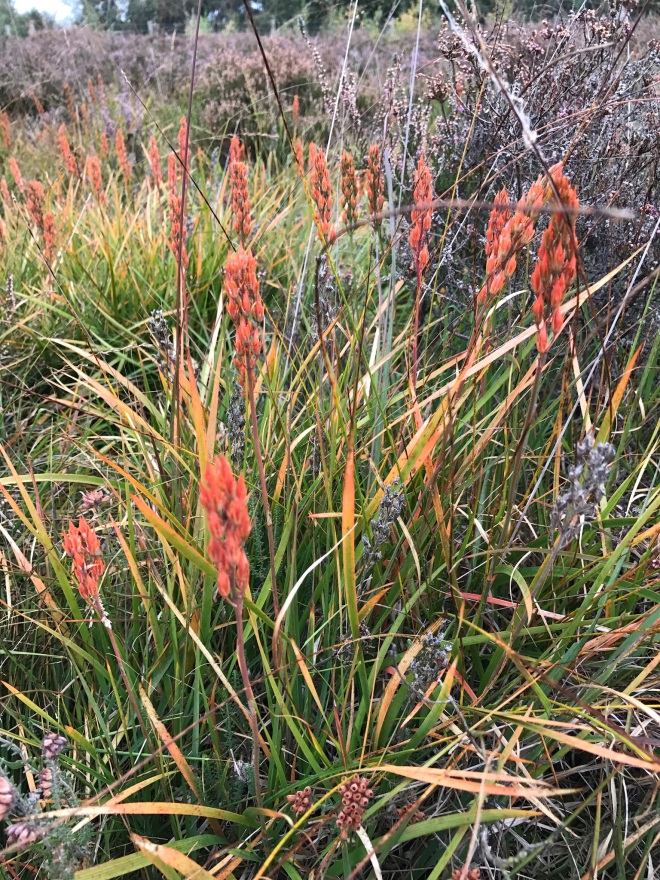 Twelve members of Fulshaw WI were taken on an absorbing, guided, ecology walk around Lindow Common and Lindow Moss in Wilmslow. John Handley of Transition Wilmslow gave them a very comprehensive sequence of ‘mini-talks’ as they walked around this ancient landscape. They heard about moss rooms, old peat cuttings recolonised by alder, damage caused by on going peat extraction and plans for  the restoration of this beautiful ancient lowland bog. They were shown the very important burial site of Lindow man who was sacrificed over 2,000 years ago. Members were astonished to learn that the thousands of old pine tree stumps littered over the cut peat were at least 4,500 years old. The walk was very well received by WI members.

You may know that the Federation of Cheshire WI’s is taking a great interest in Cheshire’s Meres and Mosses as part of their Climate Change work. We all await with interest the next iteration of the planning process and remain hopeful that the Moss will eventually be restored.

Lots of trees coming down in #wilmslow but we want to plant lots more! Do you know of anyone with land that they might donate/lend for a community woodland? Let us know!
Fed up with trees just disappearing? Want to see more trees not less? We want to plant LOTS of trees but need land to plant them. Do you know anyone who has land where we might plant trees? Please let us know! Details on www.transitionwilmslow.co.uk
So sad to see trees coming down around the peat farm site. We knew some trees might be felled but really? What will the impact be on birds and bats? All in line with planning permission it seems 😢
Want to know more about our community market gardens in #Wilmslow? Come along to hear what we are up to and how you can help us get our town up and growing! Thursday 21st 7.30 via zoom. Email pippatyrrelljones@me.com for zoom link
Want to know what’s happening on the Moss? Join us at the Lindow Moss Community Forum meeting on Tuesday 8 Dec, 7.30. Check www.transitionwilmslow.co.uk for details
Great to see our wonderful @transitionwilmslow families planting trees with @bbccountryfile and @NT Quarry Bank Mill. An inspiring programme: let’s get planting!